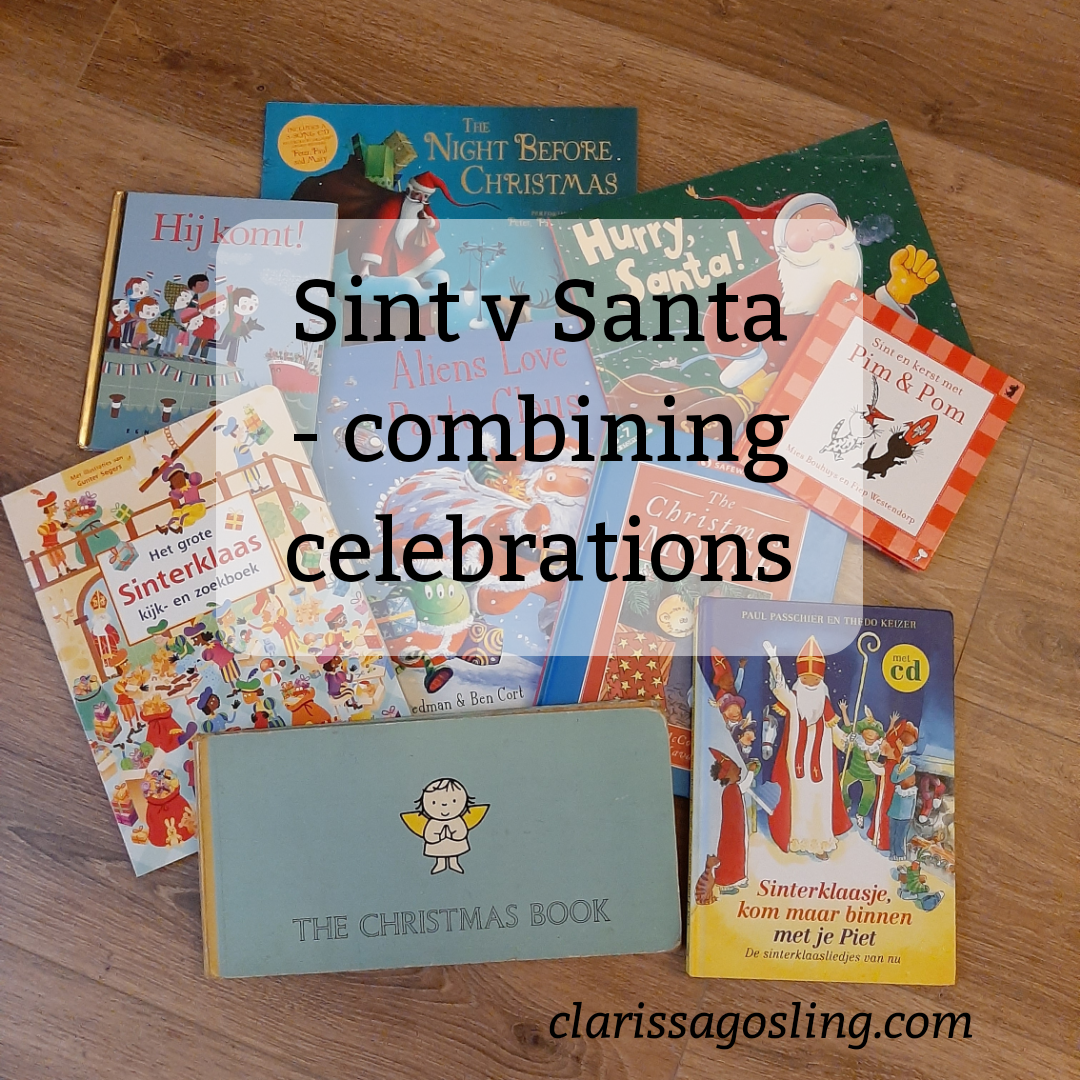 It’s that time of year again, when the shops are full of kruidnoten and we have the seemingly endless consumerism approaching of Sinterklaas followed by Christmas.

One of the things you need to do to a greater extent when you live abroad is to combine holiday traditions. Suddenly it’s not just a question of following my childhood pattern, or my husband’s (or truthfully somewhere in the middle), but you have the community celebrations to fit in too.

For us, that means combining the British gift giving of Santa and Christmas, with the Dutch gift giving of Sinterklaas. Because how can you explain to a small child why they had no presents in their shoe while all their class mates did. So it’s about six weeks of children obsessing about all the toys they want.

Sinterklaas arrived in the Netherlands over the weekend from Spain. And now almost every shop window has their seasonal display featuring him and his helpers. Which makes it difficult to ignore. We try to play down Sinterklaas, but that is difficult when it’s in every shop, the school is decorated, and every activity the children do celebrates it as well.

I’ve written about Sinterklaas a couple of times before, and the tide is definitely turning against the racist elements of the celebration. Thankfully.

What it does mean is that gifts for our children are split between the two events, though that probably isn’t a bad thing as it spreads it out. Though it does mean I have far more to organise!

And as in previous years we have put up our advent stockings with a series of activities combining crafts, baking, community celebrations, giving back to others, and learning more about the season.