Another format to publish your stories in is through serialisation. That means putting small sections (episodes or chapters) out one at a time. 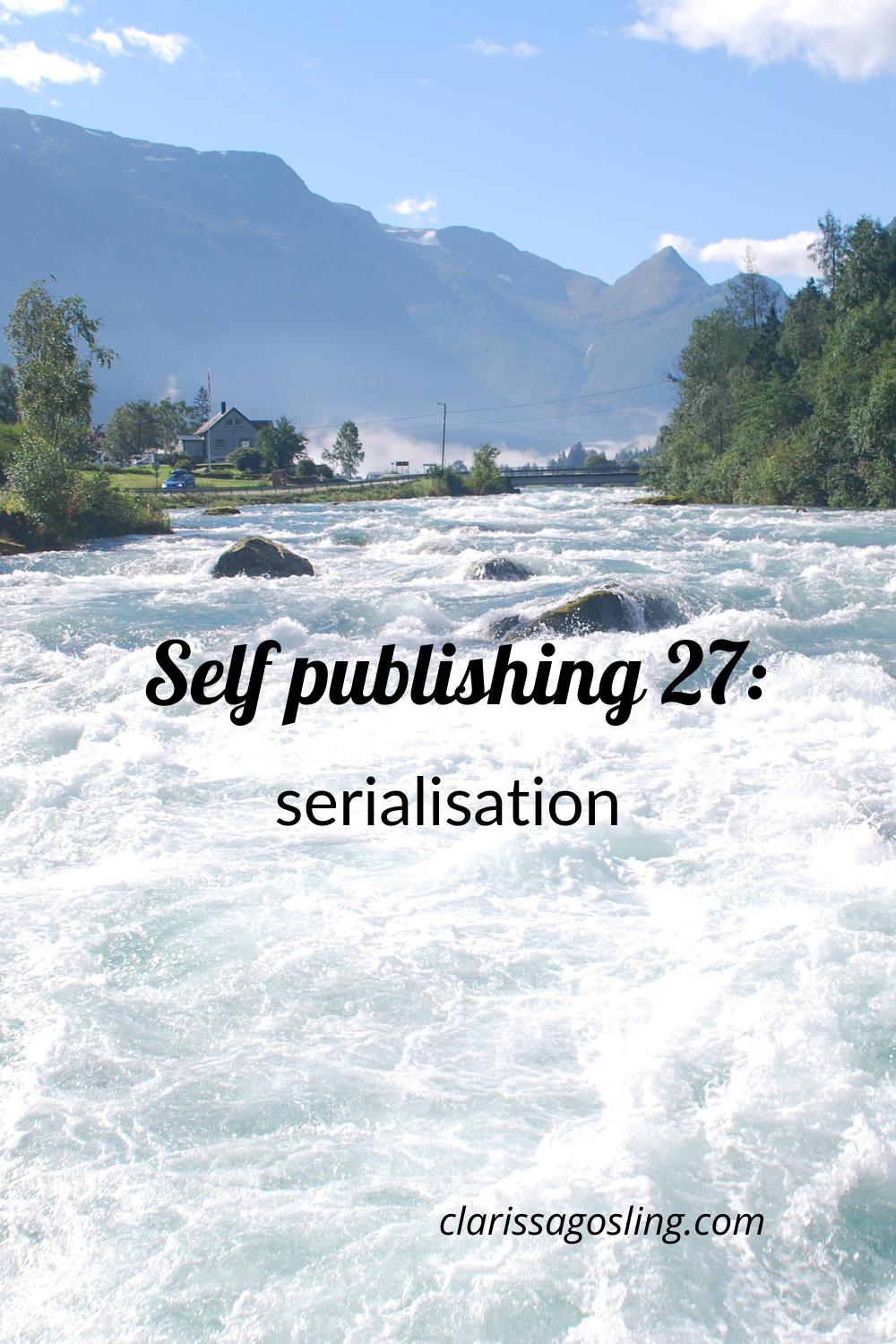 This is a tried and tested way of publishing – most of Charles Dickens books were published a chapter at a time through newspapers. Nowadays these are generally done through apps. And there are tons of different apps.

You can either choose to take your already published book, cut it up into episodes and then publish it through one of these apps. Or you can write something new and publish it as you go. Readers pay coins to read each episode at a time. On some apps there is a set price per episode, or on others the cost depends on how long the episode is.

If you are cutting your book up then you need to think about where you split it. For the best reader experience you want to have episodes of about the same length, so that readers know what they get for each coin purchase. You also need great hooks at the end and start of each episode to keep the reader reading. You don’t want them to go away, you want them to be enticed to keep reading.

If you are writing specifically for a serial app, then think at the start about how long you want your episodes to be. You want an episode to be a complete whole, with a beginning, middle, and end. Yet with a continuing hook to get the reader to pay for the next episode. Cliff-hangers make great hooks to keep the reader engaged, but do vary the type of hook as well so that the readers don’t get fed up with being left in the middle of the action.

Whether you are writing before release, or if you are publishing something you have already completed, then you need to consider how frequently you want to post. Most serial apps give more prominence to stories that have a new episode, so even if you have the whole thing written do think about releasing it over time. And if you are publishing as you go then think about how much of a buffer you want to have. Be realistic when you set your publishing schedule and don’t over commit. Keep a handful of episodes to publish so that you have a gap as real life will intervene and you will have a week or so when you won’t hit your schedule. Having a few episodes in the bag means that you have a bit of a buffer and won’t get stuck if something else happens.

There are tons of apps out there, some are Radish, Goodnovels, Dreame, inovel, wattpad, etc. Once you start looking for them you find loads of them. You do need to look at what type of stories are doing well on each one before you consider which you want to publish on. Also think about the contract, as many of them are not ideal. A good place to find out more is the writing for webfiction group on facebook. Lots of the serial apps have a focus on more steamy stories, but there are still plenty of stories there that are clean. Young adult is a growing genre in many of them. There is also a bias towards more fantasy stories, rather than real life. But there are authors who do well in many genres.

Personally, I have started publishing my novels on Radish and Dreame (through streetlib, rather than direct). And I am pleased with the response I am getting on there. I may look to expand to other platforms in the future. But that is not a priority right now.

A new app in these area is Kindle Vella, which is Amazon’s move into the serial marketplace. Vella launched last week for US authors and readers. They are being strict about what you can publish on there, and it has to be something that is not available elsewhere in book form. It is unclear about whether you can also publish onto another serial app as well, as there seem to be conflicting advice on that. For now, I would advise you to play it safe and see how it falls out over the next few weeks and months.

It is unclear what advertising Amazon will be doing to drive new readers to Vella. I am interested to see how this will turn up and when it will be available wider. As a non-US author I am not able to publish through it yet, but I have started an idea. I am low key writing and have the basic premise and the first two episodes drafted. Vella is unlikely to be opened up to an international audience within the first few months, so I have plenty of time to work on that and I am not rushing to get it finished.