Fae Fair – the first book in my epic fantasy series about fae, horses and magical bargains – is about to publish. So as an exclusive for my blog readers, here is the first chapter. 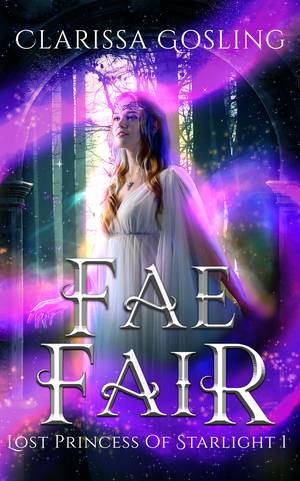 Chapter One: The worst brother in the world

Footsteps thumped up the stairs. Zoe slumped over her homework, listening for which way they went. Hoping they went to his room, or any way but hers. She couldn’t deal with him right now, not when she had exams to revise for.

Something about the way her foster brother stomped that told her he’d had a bad day. She glanced at the chest of drawers. That would take too long to move. The last time she’d barricaded the door, he’d broken through anyway, even more pissed at her. And their foster parents had blamed her for the damage. It just wasn’t fair.
She grimaced. What had happened this time?

It was Wednesday. He had rugby training after school. As the centre back he was one of the stars of the team. The way he told it he was the only player who knew what he was doing. Not that Zoe ever watched him play. Shivering on the touchlines was not her idea of a fun Saturday. Not when her horse, Rascal, was in the field waiting for her to take him into the woods.
The door smashed open, bouncing off the wall.

Ross sneered. “What did you say to Lucy to put her off me? She was all keen on me yesterday. I saw you poking your nose in and now she’s all over Thomas.”
He closed the distance between them in three strides and stood over her, hands on hips. His school tie, which was the only school uniform he was required to wear in the sixth form, poked out of his trouser pockets. His untucked navy shirt hung over his prized Wasps RFC belt.

Zoe smiled. “Maybe she just saw through your joyful exterior to the pettiness you keep hidden inside.”

“What did you talk to her about?” He shook his head to remove the lock of blond hair that fell into his eyes.

Zoe picked up a pen, and continued to work on her maths’ questions. “She wanted my advice on the English homework. We’re studying ‘A Midsummer Night’s Dream’. She was struggling to understand the language.” Zoe looked up at him, keeping her gaze steady. That was partly true. She had long ago learnt that she couldn’t say an outright lie, but she was skilled at bending the truth.

Why was he so worried about Lucy? He always had a gaggle of interchangeable girls following him. Though what they saw in her foster brother was beyond Zoe’s understanding. But then she found very few of the boys at school attractive. Most of them seemed to feel the same way about her too. Which was good, as far as she was concerned. All she wanted was to finish her GCSE exams, and consider her options.
Ross studied her, uncertainty mirrored in his darkened eyes and furrowed brow.
She put the cap on her pen and placed it on the open exercise book to mark where she’d stopped. Then she swivelled round in her chair to face him. “I’m trying to finish my homework. Don’t you have enough of your own to do?”

He swaggered over to her bed under the eaves and flopped onto it. “Hiding something, are you?”

His muddy boots swung onto her pristine white bedspread. She winced.

“I’ll get it out of you.” He lay back, crossing his arms behind his head. “Tell me about this homework Lucy wanted help with. She doesn’t normally stoop so low as to hang about with you.”

Zoe sighed. “This is my room.” She pointed at the door. “You don’t let me come into your room, so why do you come into mine and wipe your dirty boots all over my bed.”

The colour-coded revision calendar pinned above her desk mocked her. As did the collection of fairy stories waiting for her to finish her revision for the day.

He shrugged. “Tell me what Lucy wanted with your English homework.” He settled deeper into her pillow. “Or I’m staying.”
Zoe huffed. “I already said. We talked about language and iambic pentameter.”

“Don’t believe you.” Ross closed his eyes. His breathing deepened. “I’m sure your bed is comfier than mine. We should swap.”

“Grr.” Zoe grabbed hold of his feet and pulled them off. “They are exactly the same. Come on. Get off.”

His head banged against the wall. She grabbed his foot again, trying to upend him onto the floor. But he kicked out, and she ended up with his foot in her stomach. The wind knocked out of her, she fell to the floor and stared at him, fists clenched.

Ross laughed and settled himself back down onto her bed. “This bed is definitely more comfortable. I’m staying.”

She growled, but all that did was to make him laugh. With her teeth gritted, she stood. “If you’re having this one, then I’m going to yours.”

She paused outside the door, expecting him to follow and stop her, but he hadn’t moved. So she carried on round the top of the stairs towards his bedroom. Not that she wanted his stinky bed or any of his stinky things. She wanted her own room back to herself.

She swung open his door, finding him lying on his bed smirking and covered in dust. Junk covered the floor. Damn the cupboard under the eaves between their rooms. He must have cleared it all out earlier that day, for whatever reason. As young children it had been great fun having secret access between their rooms. But he’d filled his end up with so much stuff, it hadn’t been usable for years. Until today, of course.

While she stood in the doorway fuming at him, their foster mother appeared behind her. “Why are you bothering Ross, darling? Let him be.”

Zoe spun round to face her. “He stormed into my room and refused to leave my bed.”

Soria raised one perfectly arched eyebrow. “That’s not what it looks like.” Her eyes swept the room. “Now, why don’t you help him tidy up. You seem to have made a real mess between the two of you.” She stood in her postbox red skirt suit and matching court shoes, as always looking out of place in the country farmhouse where they lived.

“That’s not fair. I had nothing to do with this.” Zoe waved at the mess, her jaw clenched.

Their foster mother just stared back, her golden curls framing her heart-shaped face.

“Come on, Zo.” Ross called from the bed. “Pick up these things from my floor. Just like mother says.”

She turned and narrowed her eyes at him. “Seriously?”

Ross sat up and grinned.

Zoe had held her own against him for most of their childhood, but he’d bulked up through puberty and increased rugby training. Why did she try? She’d never beat him. She’d end up bruised and sore. Again.

Still, when a glint filled his eyes Zoe prepared herself half-heartedly. She balanced her weight over the balls of her feet, watching for his approach. If she could preempt his first move, she might have a chance. His feet moved deftly, and he caught hold of her before she could dodge. They moved backward and forward a bit, grappling. She tripped over the junk on the floor and Ross swung her round into a spin turn, ending with a drop.

Her body hurtled towards the floor. Zoe grabbed at him as she fell. His arm swooped under her shoulders, stopping her before she hit the floor. She glared at him, her heart racing.

He laid her on the floor and sat back on his heels. “Getting slow, Zo.”

She stared at him. Trust her brother to turn their fight into a way to demonstrate his superiority at dancing too. A skill he’d never admit to possessing at school. But their foster parents had insisted they both took lessons since they started at school.

Their mother pointed at the floor. “You must stay aware of your surroundings while you dance, so you know where the obstacles are. But above all, follow your partner’s lead. Trust them to catch you.” She smiled at Ross. “Well done. I’ll tell Xander; I’m sure he’ll be sad to have missed it.” She paused. “Maybe we should re-stage this for him later. He would like that.”

Zoe glowered at them both and stood. “I’m so done with all of you.” She pushed past their foster mother and bashed down the stairs. She knew better than to argue with them.

Fae Fair will publish on 29th April on all retailers – preorder now and be one of the first to get it!