Being a best selling author is something that sounds impressive and many people have that as their goal when they start publishing. Whether being able to say that your book has been featured on a best seller list is something that drives sales is up in the air, but t certainly sounds good to be able to give yourself the title. 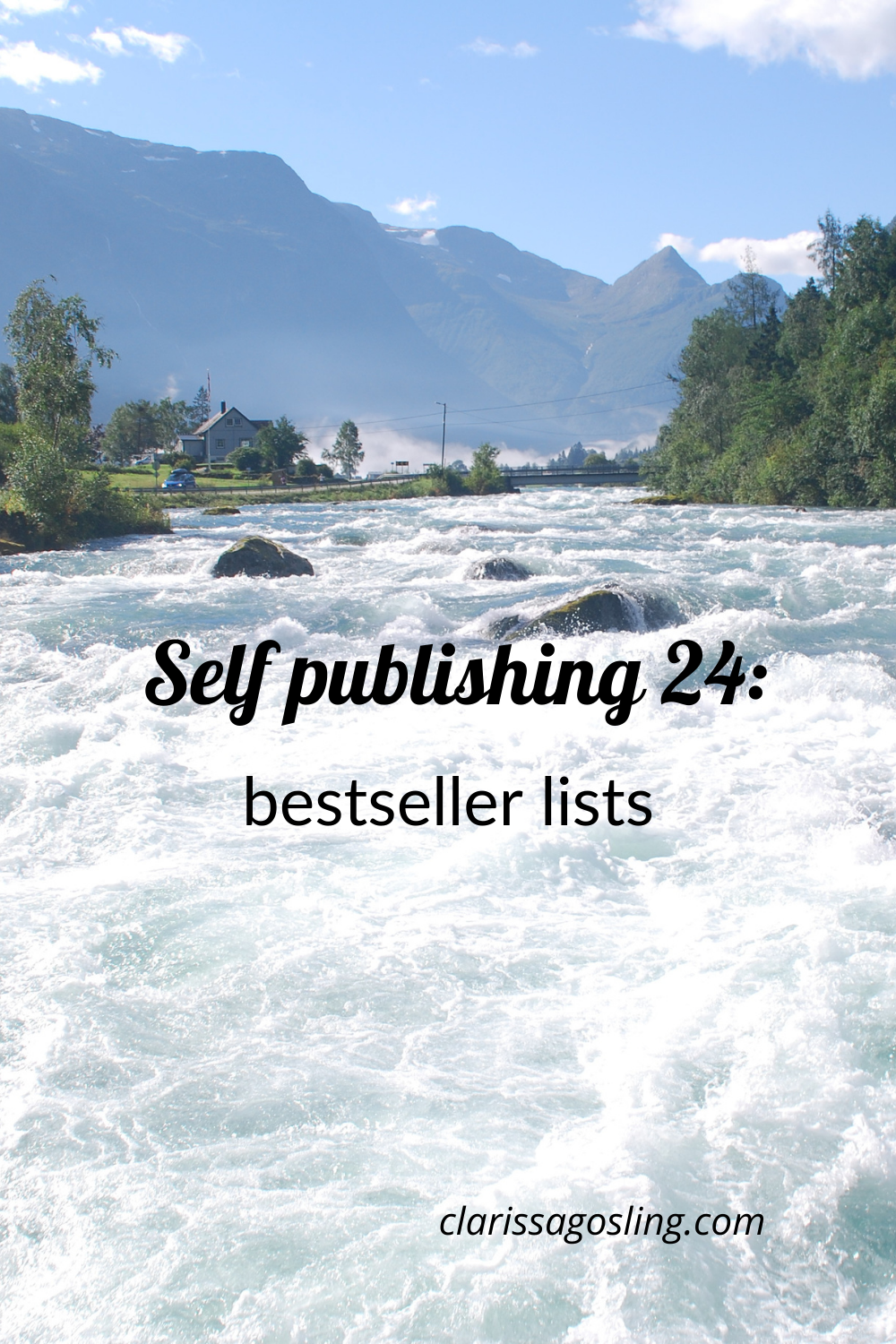 The USA Today list is produced weekly, for sales in the US. To get on ityou need to sell your books wide, as just sales on Amazon is not enough. The general rule of thumb is that you need about six thousand sales, at least 500 of which need to be from one non-Amazon retailer. As preorders count as sales on the day of release this is generally achieved on the first week a book is published.

For a author on their own these numbers are a challenge, but many authors get listed as part of a boxset. If you get a group of people together who all write in a similar genre, create a boxset which you set up for $0.99. With the year long preorders that you can now run, you can all spend that time pushing it everywhere you can. And assuming that enough people see it and you are presenting it as a bargain for the number of books included (I’ve seen some with more than twenty inside) then you get your title and can include that on every other book cover.

The Wall Street Journal has a number of different lists for genres and formats of boo, which are also updated weekly for sales in the US. And again, for ebook sales, you need at least one other platform beyond Amazon, generally Barnes and Noble but I’m not sure if that is fixed. The target to get on this list is between four and ten thousand sales, but this depends on exactly which of their lists you are aiming for, and what else is published that week. And there is some curating of the list before it is produced, partly to ensure that there is as little cheating as possible with bulk orders and things, though this can cut out books that should be listed based on numbers alone.

This is an editorial list based on physical book sales from certain specific book shops in the US. It is almost impossible for indie authors to place on this as they don’t allow their inclusion.

Within each genre and sub-genre and sub-sub-sub-sub genre Amazon maintains a list of the most sold books in that category. These are updated hourly and list the books with the highest rank. As I discussed before rank is based on the number of sales or borrows, with a weighting given to sustained recent sales. In the book details information on each listing you can see the book’s overall rank, but also its highest three category rankings. The top book in these have an orange flag on their book details page, so they can be easily identified.

There are actually three lists for each category – bestsellers, free books (though I don’t think they get the orange flag) and hot new releases. Books are on the hot new releases page from their first sale (which is when they first get a rank) until three months after they are published. So if you have a long preorder then your book can stay on there for over a year.

Many other countries have their own best seller lists, for example The Sunday Times does one in the UK. For these, obviously, it is sales in that country that matter, and often they only count sales on physical copies from book shops.

And also other retailers have their bestseller lists, but they are more hidden on their sites and they don’t flag the top ranking books in searches on their sites.

As an indie author with mainly electronic sales the two types of bestseller list that are easiest to hit are the retailer lists, and the USA Today list. But going for a list beyond the book retailers does need a huge amount of promotion and advertising to try and get the numbers of sales needed to rank.

Personally, however much I would like to call myself a best selling author, right now it is not something that I am going to go out of my way to engineer. Maybe in the future I will work on pushing something for the USA Today list, but right now I am unsure of its value and have enough other things that I am trying to do!