A mixed bag is now live! 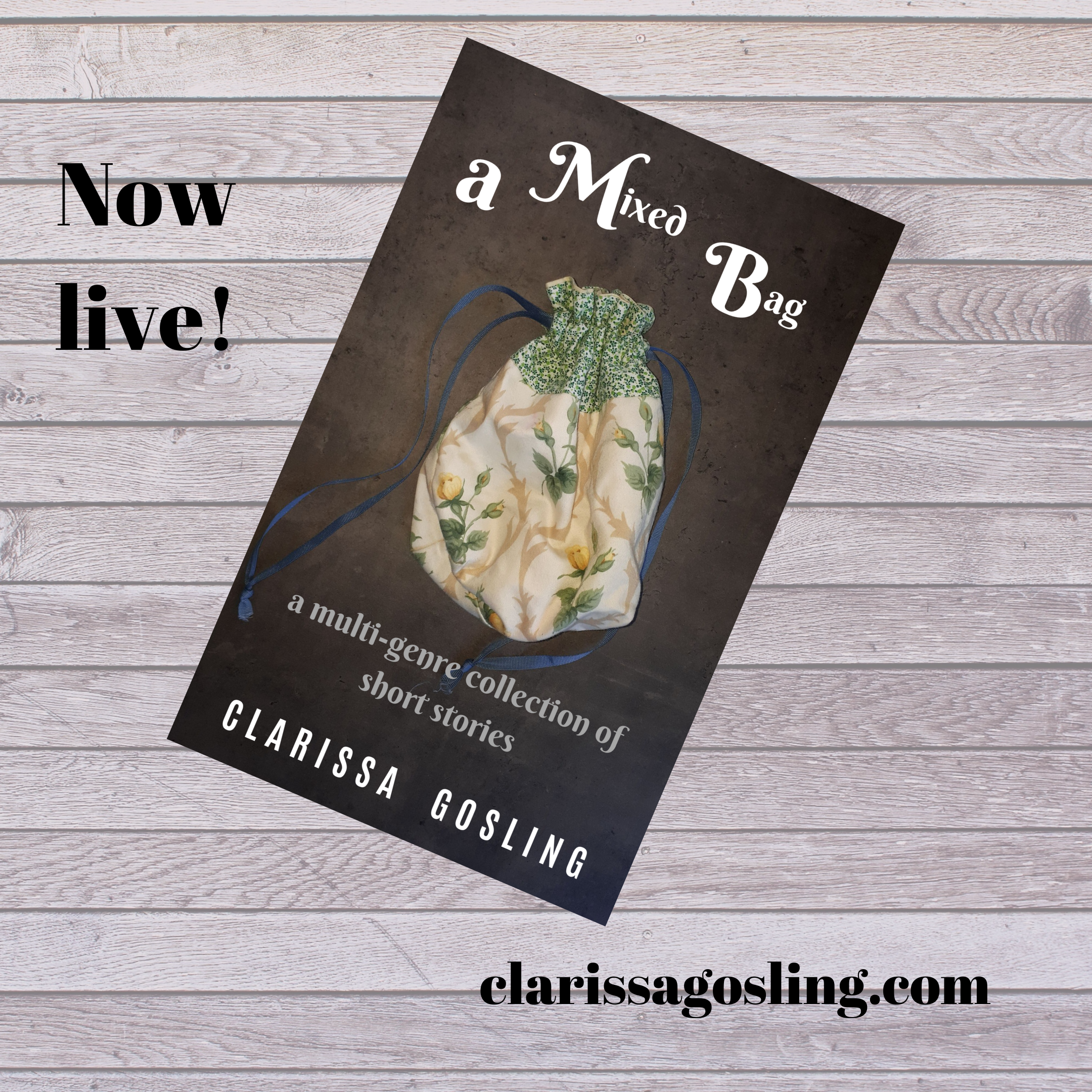 A mixed bag is now for sale from Amazon, Apple, Kobo, Barnes & Noble and more. Paperbacks are also available only from Amazon.

It contains ten short stories, all with something of the fantastic about them. They range from a historical fairy tale retelling to a modern day techno- thriller. They give a glimpse into some of the many worlds that exist inside my head. And the characters who live there. The stories included are:

The weaver’s daughter: A fairy tale about making friends with the monsters next door.

What Jack found: When your son finds a fairy in the garden do you release him to potentially hostile forces, or risk your family to keep him safe?

Awakening Iorwen: A sleeping beauty re-telling set against the consolidation of Roman rule in Wales.

A lakeside meeting: Bernard is on the run from the hybrid butterflies he developed to interface with your brain.

In the box: Two students find a mysterious growing box in their office.

We need to talk: How can Damian absolve his guilt over the accident that crippled his sister?

Spook school: There’s something different about the school next door, but it’s not what Josephine expects.

The husband test: An unexpected package ruins everything.

The Halloween dare: Nothing is as it seems when exploring the house at the top of the hill.

Bargaining with a demon: An unexpected visitor gives Charlie an opportunity of a lifetime, but does she dare to take advantage of it?

Please let me know which is your favourite story, and whether you’d like to know more about any of them.

As this now has ten stories in it I will be raising the price after the launch, so purchase it now!